Two attractive buildings with different characters are available for events and talks.

There are two detached barns within the Heritage Centre site, The Barn and the Cruck Barn. Both are available for events.

The main barn is situated, opposite the entrance to the shops, restaurant and museum.  This is where we hold many of our events including our popular talks on a diverse range of subjects.  It is, like the Cruck barn, available for hire for private occasions and has a fascinating history.

Probably the one referred to in old documents as the New Barn in 1682, its many subsequent alterations have made it one of the mot interesting barn complexes in East Lancashire.

The original barn will have been low and narrow with cow stalls and a pair of large threshing doors.  Phase 2 saw a new outshut being built, considerable rebuilding of the rear wall and the blocking off of the rear threshing door.  This was in line with an 18th century trend away from arable farming in the area. Since then it has undergone many alterations mostly to lengthen and extend its size to include a possible cart shed.

Of particular interest are the harr hung doors which are built out from a post (the hart tree) and pivoted at each end.

Moved here from its original site on the edge of Towneley Park in Burnley some years ago, it could be as old as the 15th century and importantly the blades on the three cruck frames have chamfered internal edges which implies that they were used for a building of some status.

Unfortunately not all the building has survived although the three cruck frames, the stylobates upon which the frames rest and the doorway with the splayed jambs and head are original.

Plans are now underway to make this into an additional and larger function room suitable for weddings and other private functions as well as public events. 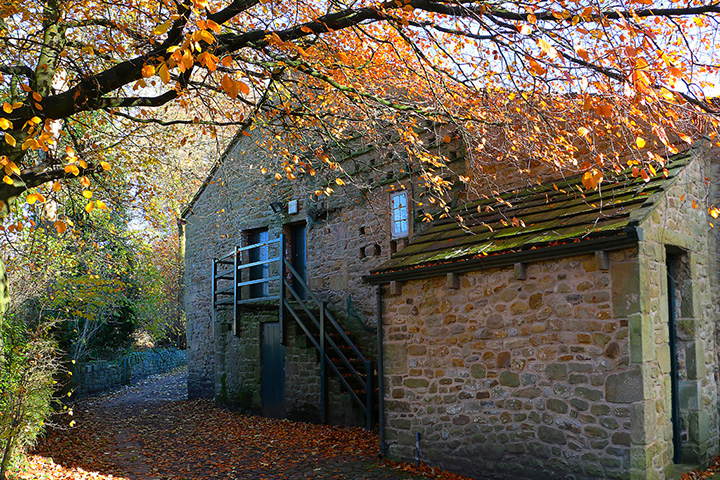 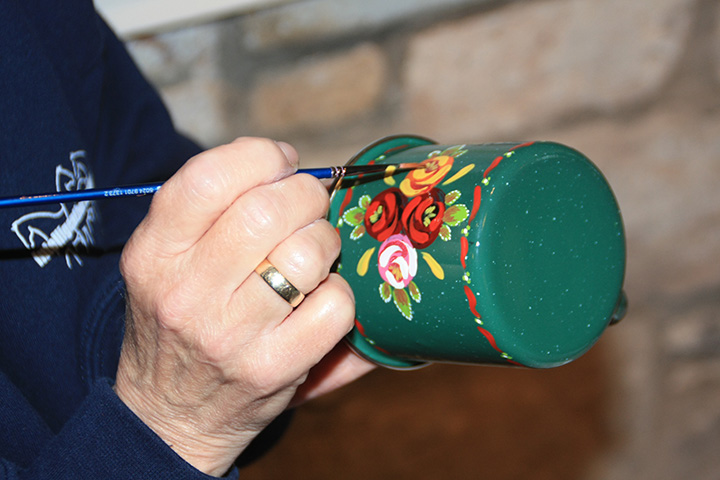