The Joy Of Flexibility – aka. The Best Laid Plans Of Mice & Men

The intention had been to look at possible prehistoric features between the Nick Of Pendle and Ogden Clough. And for the first few hundred yards we stuck to that resolve. However, half our number were largely unacquainted with the area and there was a degree of curiosity about our earlier digs around Craggs. So….

We struck out for the old clamp kilns we dug a couple of years ago. En route we visited the Chartist Well and tried, And not for the first time, to find the track of the original track to Craggs Dole – marked on maps until very recently. Once again it eluded us but it did take us to the site of the kilns. Having sped along at 1 mph (1.6 kph), we decided to have an early picnic in the bowl of the kilns. For some it was an opportunity for a little lie down – the urge probably set in lack of motion by my potted history of our exploration. A local (above) had it heard it all before and tried to leg it (x6).

Rested we continued along the probable line of the medieval highway, passing above the site of Great Craggs. From there we took advantage of low bracken levels to look at previously uninvestigated areas. A series of one thing after anothers led us to the outline of a small building that had not been recorded before. Nearby were some enigmatic scatters of stone.

A short stroll down to look at the old sheep folds and its later system of water management (above) and we reached our point of return. We walked back to Great Craggs at a lower level than our outward journey. As we did so the sun came out and a light bulb appeared over my head. The newly discovered features were above an area that has produced worked chert (below), limestone’s version of flint, in the past. There exists the strong probability that one of these scatters of stone may have been used in prehistory. 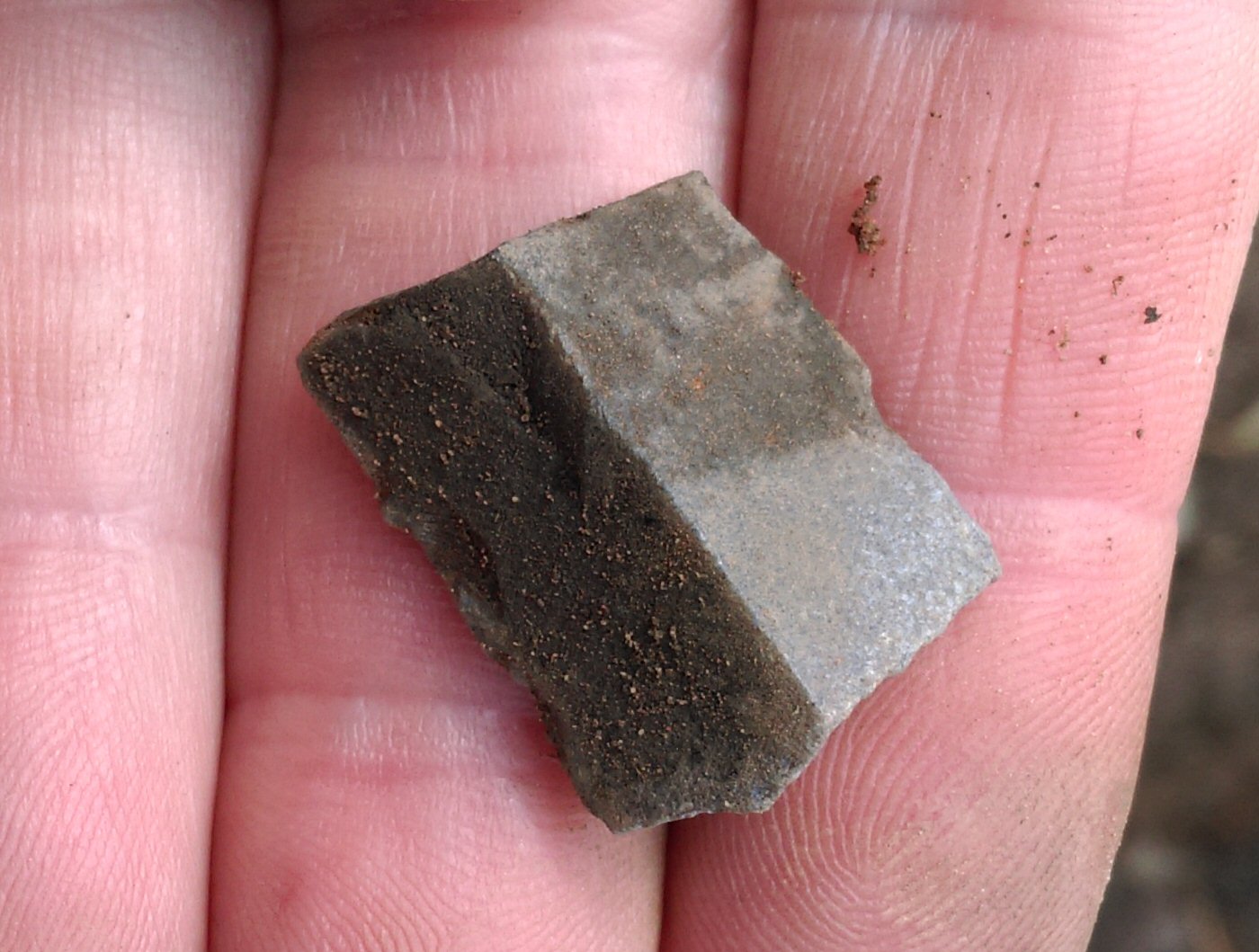 So in spite of deviating from the original plan, we did find another piece of the area’s prehistoric puzzle. Replete with new knowledge, we returned to the cars along the Victorian track from Churn Clough Res in bright sun with layers being shed on the way. There was also quite a bit of sago in the puddles….