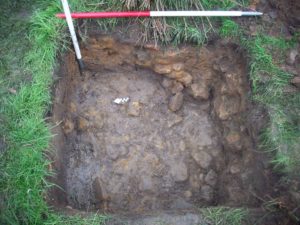 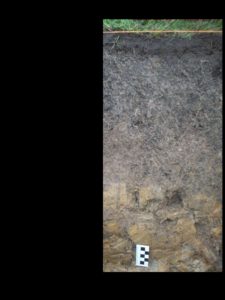 A goodly group of people were gathered for our first afternoon session of the Autumn Season and  Denise North enabled us to unpick some of our preconceived ideas about the links between Benedictine and  Burnley.

Whilst DOM on the label of a bottle of Benedictine stands for “Deo Optimo Maximo” (“To God, most good, most great”), it turns out that that the production was less than holy.What was thought to be a liqueur produced by monks in a Benedictine monastery was created by Alexander Le Grand who built a distillery in 1882 in his monastery like family home in Fecamp, France, thereafter known as Palais Benedictine.

The secret recipe for the drink is composed in the mystique of balancing twenty seven botanicals which are aged for two years in oak barrels. The ‘medicinal’ and restorative qualities of the drink ameliorated the fact that it was alcoholic. 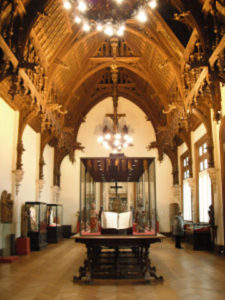 Due to Alexander’s excellent salesmanship, a staggering 28 thousand bottles were sold in the first year and the liqueur is still going strong over a hundred years later.   It seems that Alexander would be a good subject for a study on the origins of modern business advertising

He was an early adopter of forceful advertising and patented everything. As with today’s media savvy advertisers he gave Bene to artists of the day to promote his goods.   Advertising appeared on posters, fans, tiles, menus cards as no meal could be taken without a Bene!   One poster demonstrated a man wrecked by the use of absinthe whilst the other half of of the poster featured an elegant and robust swell fortified by Benedictine. Drinking Bene was the epitome of savoire faire. Some of the posters are in a lovely art nouveau style. 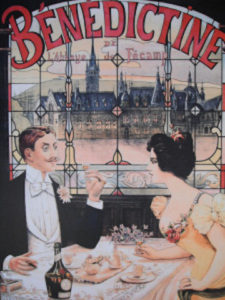 There are various theories as to how the link to the East Lancashire Regiment and Burnley arose.   One is that the locals of Fecamp took Bene to the men in the nearby trenches and they brought the taste home with them. Another story involves the use of Rum distributed by the forces in those very familiar stone beige jars with a brown top, labelled SRD – Service Rum Diluted, however Denise informed us that it also meant Seldom Reaches Destination!

When the rum failed to turn up one day the officer in charge was unable to obtain rum in a nearby village, he did however return with Benedictine to warm and cheer the men. However this happened the legacy is still with us.

We think that most people know that Burnley Miners Club on Plumbe Street, Burnley is reputed to be the biggest consumer in the UK and Europe, outside France, however:

Did you know that….

Large bottles are now made especially for the club

Bar tenders are sometimes mystified by requests for ‘Bene and Hot’, the addition of hot water seems peculiar to Burnley

Whilst the Miners club goes through 800 bottles a year most bars use two!

Burnley Football Club goes through 30 bottles per home match, shots are lined up on the bar ready to add the ‘Hot’ at half time

That the abbreviation DOM is commonly used at the beginning of documents of the Benedictine Order as a dedication of the work.

This was a very entertaining and informative talk and some people were additionally grateful to Denise for bringing a warming tot of Bene –and hot, which did happen to be one of her birthday presents. Thankyou Denise.

What did you see? 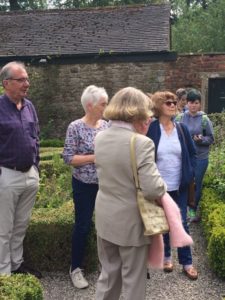 Where did they go?

For Strawberry Teas and to visit Harry with his bees

Sandra and her flowers, Pat and her Bargeware

You would have seen Andrea, Jean, Barbara, Miriam, Lynn, Sue and Susan, Roger, Francis, Pearl and Pam, Alan and Martha – rushing through the busy town – well not so much Roger!  They volunteered and moved on their way and helped to raise ££344.80 for the Garden.

Helped of course by our local star Bobby Elliot of the Hollies  – with their shy ways     ..Ouch 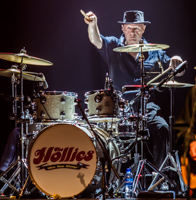 A Great Big Thankyou to Bobby for lending his support and all those who donated to the Chocolate Tombola Stall, Harry and Carole – the Bee People – it was buzzing upstairs! Sandra Pickup, Pat Rothwell, Barrowford in Bloom and all those who volunteered their services.

Oh, and we did have live music but it wasn’t The Hollies, it was the lovely and talented Martha Hardman on her oboe, that added a certain je ne sais quoi which made the day more atmospheric and enjoyable. Thanks again Martha.

With apologies to the Hollies and their aficionados for strangling “Look through any Window”!